It’s been 10 years since Twilight hit theaters, bringing the first book of Stephanie Meyers’ best-selling vampire series to the big screen. With it came life-changing roles for Robert Pattinson, Kristen Stewart, Taylor Lautner, Jackson Rathbone, Kellan Lutz, Ashley Greene and more. The movie was a huge success, kicking off what would be a five-film franchise with one of the most dedicated and passionate fan bases.

Now, over the past decade, the cast and crew have countlessly said how thankful they were for the opportunity to be a part of the franchise that kicked off a Hollywood vampire obsession, but discovering old gems of Robert Pattinson subtly hating on Twilight is one of our favorite past times. So, even though we all love Twilight, here are 17 times that Robert Pattinson was a total Twilight savage. 2. Followed by this conspiracy theory… 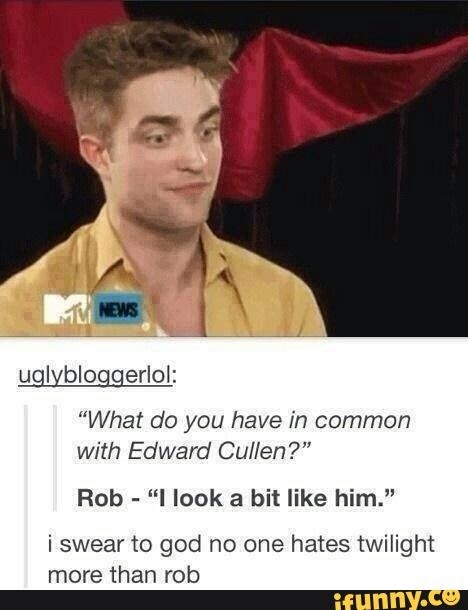 5. On the one thing he took from the set. 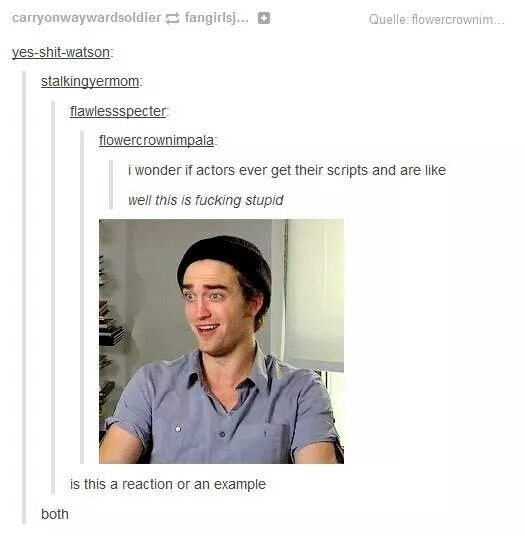 7. On the love he had for his co-stars

8. When he showed how truly sad he was to have the franchise ending. 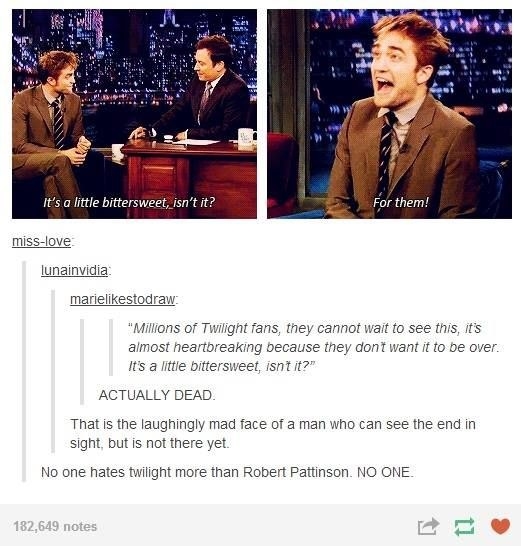 9. He often said what a lot of people were thinking 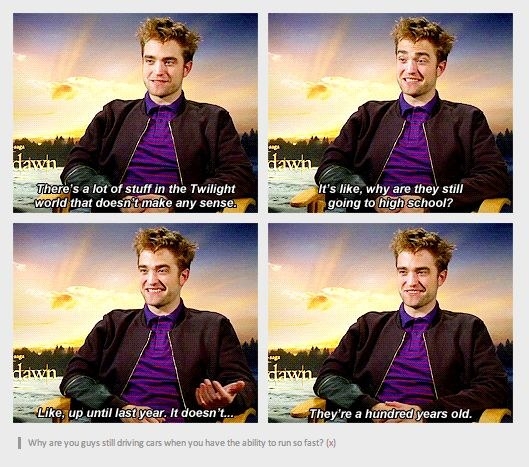 10. When he blatantly revealed his true feelings. 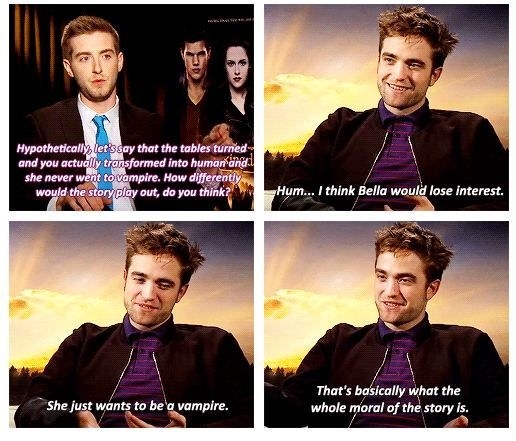 12. Or when he called out Bella’s pregnancy. 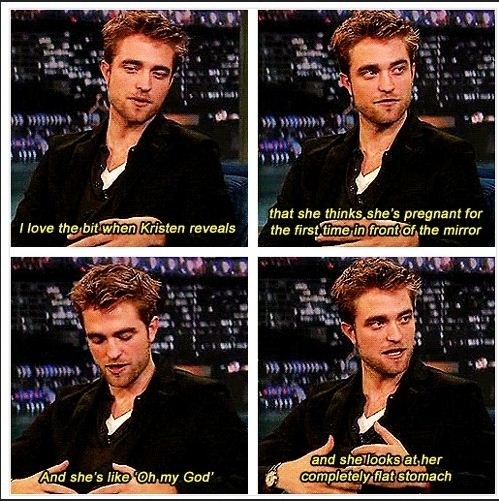 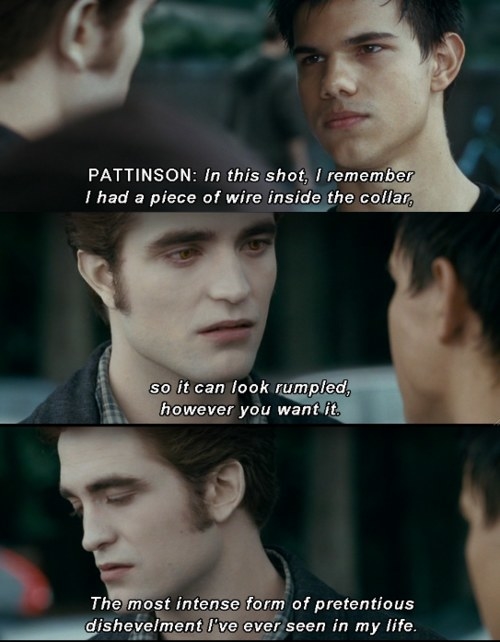 14. When Tumblr made this distinction. 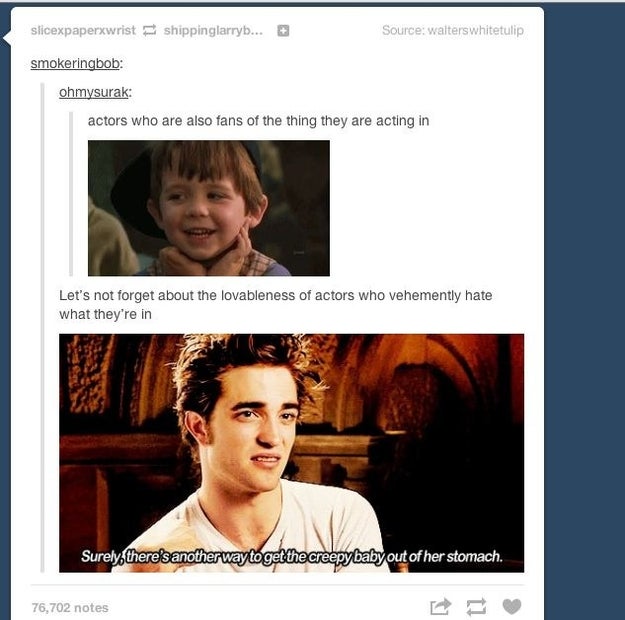 15. You have to love his complete honesty, though. 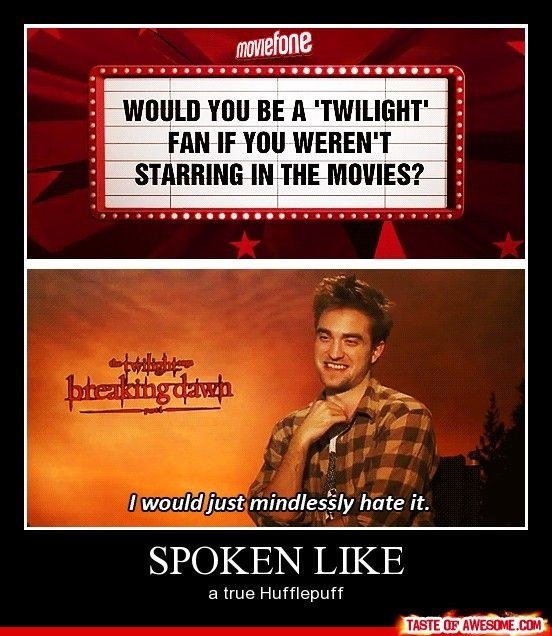 16. And how relatable he was at times… 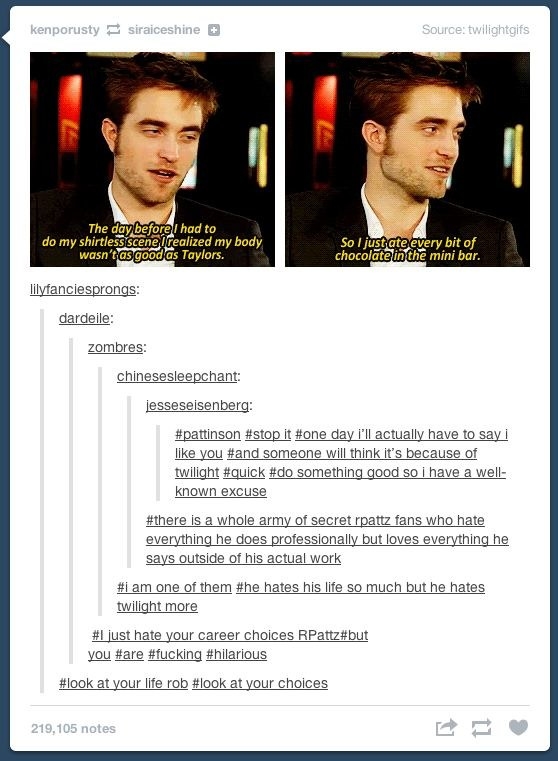 17.  And lastly, when he complained about having to look 17 all of the time.