I know when that hotline bling, that can only mean one thing… new comic book day!!!! Right? I assume that’s
what Drake meant when he was wrote this toxically infectious ear worm. For the love of God get it out of my head! That’s the only reason why I used it here so you guys can suffer in my pain too. Muhahahahahaha!!! Any way, new
comic book day has got me feeling like

Welcome back to The Pull List Geeklings, where if you can think of a pop culture reference that’s dead and buried there’s a good chance I’m going to try and bring it back for a cheap laugh. You’re welcome. We are one week removed from the release of Captain America: Civil War and right on the cusp of Civil War II and all I want to do is hide myself in the Fortress of Nerditude (that’s my apartment), read comic books, and watch Marvel movies until my eyes bleed. I know, sounds glorious doesn’t it? If you’re having similar feelings then allow me to share some books you might want to be reading during your little adventure. 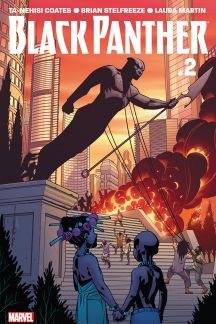 Let’s start over in Marvel because after Captain America: Civil War I’m pretty sure they own the free world. Well, they are owned by Disney so it makes some sense. Coming fresh off his show stealing appearance in Civil War, Black Panther #2 looks to capitalize off T’challa’s newly found fame. Let’s be honest in saying Black Panther was one of three characters (with the insects, Ant-Man and Spider-Man being the other two) that just ate up his screen time in Civil War. The new Black Panther issue couldn’t have been released at a better time for those of us looking for more Wakanda action while trying to fend off the depression caused by his stand alone movie being released in 2018. *sigh* You’re in luck though as Marvel has a double shot of Black Panther goodness this month (triple if you count the movie) with Ultimates #7 coming out today. Civil War II #0 came out on Free Comic Book Day and right dab in the middle of the conflict were the Ultimates and Thanos. If you’re looking to prep for the upcoming Civil War sequel then this would be a good place to jump on. As an added bonus Thanos is present and where ever Thanos is, awesome follows. Unless of course you’re a good guy. In that case Thanos sucks big time. Over in the outer space portion of the Marvel universe, Guardians of the Galaxy #8 is out. This latest story arc sees the group broken up a bit with character match ups you wouldn’t quite expect. Last months Rocket and Thing team up was awesome, and this month hopes to build off that with Groot and Venom as they battle… skrulls? Awesome! I was a big fan of the Secret Invasion event (especially the build up) and could totally use some more skrull goodness. I wonder how many more issues of Guardians before the band gets back together though. 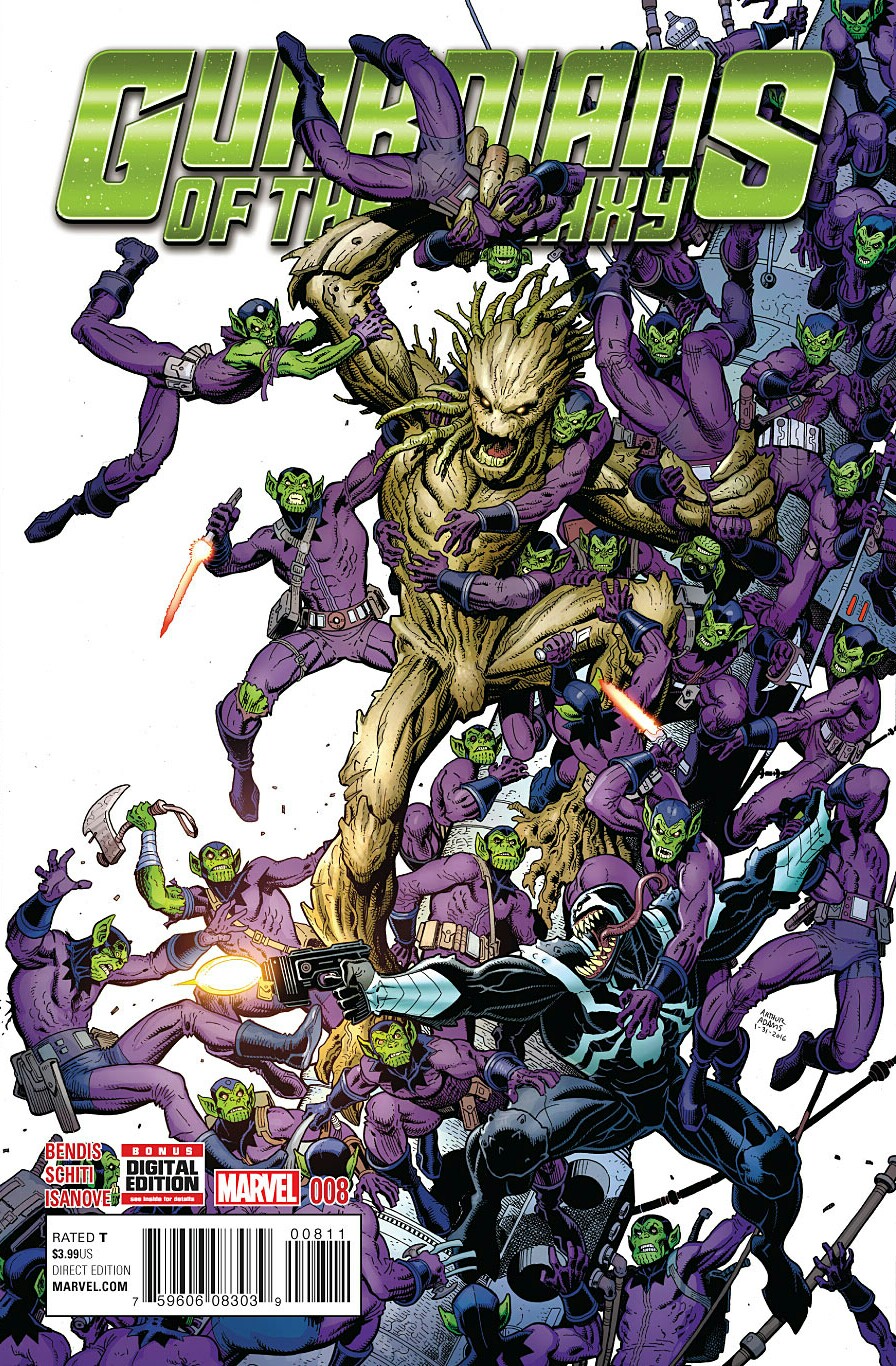 DC will see the release of the first Batman book not written by Scott Snyder when it releases issue 52. I find this issue

a curious place to implant a new team as it serves the end of the New 52 era while trying to lead into Rebirth and establishing James Tynion (not Tyrion)
and his new direction. Sounds like a busy book. As if following Snyder wasn’t tough enough. Things that are cool though, Tynion used to be in the CIA which has me wondering if some espionage Batman stories are on the horizon. I could get on board with some Black Widow style Batman. You know you want it too. Although, the smirk Batman is wearing on the cover is quite unsettling. Not sure if I care for it. If you’re looking for a less complex Batman story with a dash of 90’s nostalgia then turn your eyeholes over to Batman/TMNT #6 which will serve as the conclusion of that crossover event. I have to say I had my doubts when I first heard about this but I will be the first to tell you it’s been a lot of fun. There’s a scene where Batman eats pizza with the Turtles
that’s worth the price of admission alone if you ask me. Just the idea of Batman eating pizza makes it a must buy.

Outside the big two publishers you can turn to Archie #8. Sadly, I’ve fallen a bit behind in this series (I just finished issue #5 over the weekend) but it’s still worth your time. Mark Waid is doing a far better job with this series then All New All Different Avengers (Ugh! I wish that book was better. It also has a new issue out today). I always thought Archie was a this dorky comic strip but Waid has brought humor and feels along with a sense of relevance. I love how Archie breaks the 4th wall to talk to the audience, kind of like Zack in Saved By the Bell, and I have fallen in love with most of these characters #teambetty If red hair and freckles aren’t your jam this week then maybe turn your attention over to Southern Bastards #14. Jason Aaron, who you might know as the man who is killing it on Thor, has constructed a gritty and unapologetic book rooted deep in the south (come on, the book isn’t called Northern Bastards). If you’re a fan of masterful story telling then look no further.

There you have it Geeklings. If I left something out that you’re excited about, feel free to tell me all about it in the comments. Or if you just want to talk about Captain America: Civil War we can do that too. Let’s turn the comments into one big comic book love fest. Happy reading! See you next week.