Earlier this season on The Walking Dead, we saw Daryl and Rick taking on a Savior compound in the hopes of finding some guns. During this, Rick encounters and murders a man who he believes is defending the room hiding said guns, but soon finds out that he was actually protecting an adorable little baby named Gracie. After killing all of the Saviors, Rick thankfully goes back for Baby Gracie and then gives her to Aaron who has volunteered to take her to the Hilltop. All of this begged the question of who is Baby Gracie and why are the writers introducing her to us? Well, there are a few theories circulating around the interwebs about Gracie’s importance so we’ve compiled four of the most popular ones for you. Take a look! 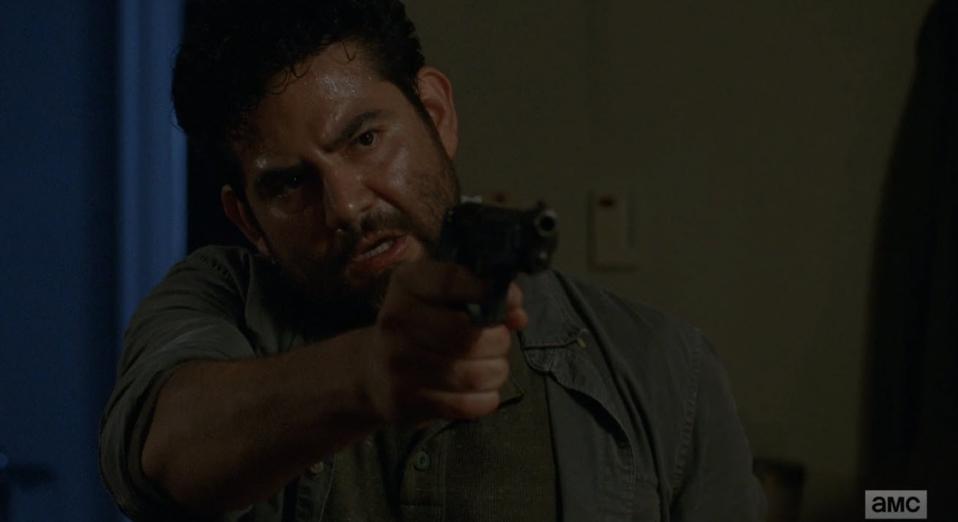 The introduction of Baby Gracie and the brief re-introduction of Morales come at a time when Rick really isn’t taking any prisoners. He’s in kill, kill, kill mode under the belief that every Savior is guilty of the crimes that Negan has committed. However, after Rick brutally murders the man guarding the door that he thought held the guns, Rick sees Baby Gracie and is visibly shaken by what had just transpired.

Shortly after he sees Morales, a man that he used to know and respect on the other side and just for a moment Rick starts to realize that perhaps not all the Saviors are terrible people who deserve to die, some are just trying to get by in the world the same way he and his people are. Seeing Baby Gracie almost humanizes them for just a second and briefly gives Rick a sense of why Negan’s people see Rick as a “monster” and not the other way around. After this interaction, we see Rick trying to give a chance to Morales and Todd before Daryl shoots them.

So, perhaps Baby Gracie was merely there to conflict Rick with how he views the Saviors.

This one is a real heartbreaker but it is probably one of the better fan theories out there at the moment. In one of the season opener’s flash-forward scenes Rick is older and living an idyllic life in Alexandria with Michonne and Carl as well as a little girl. It’s an easy assumption that this is an older Judith, but what if it were Baby Gracie instead?

In another type of “flash forward” throughout the episode, we see a red-eyed Rick appears to be mourning a grave so fans are wondering if some terrible accident happens during the Negan war, which results in Judith’s death. This could explain why Rick is so devastated standing over the grave.

Also, In the old-man Rick flash forward, Rick never calls the little girl by her name and the little girl is carrying a stuffed rabbit that was in Gracie’s crib at the Savior compound. 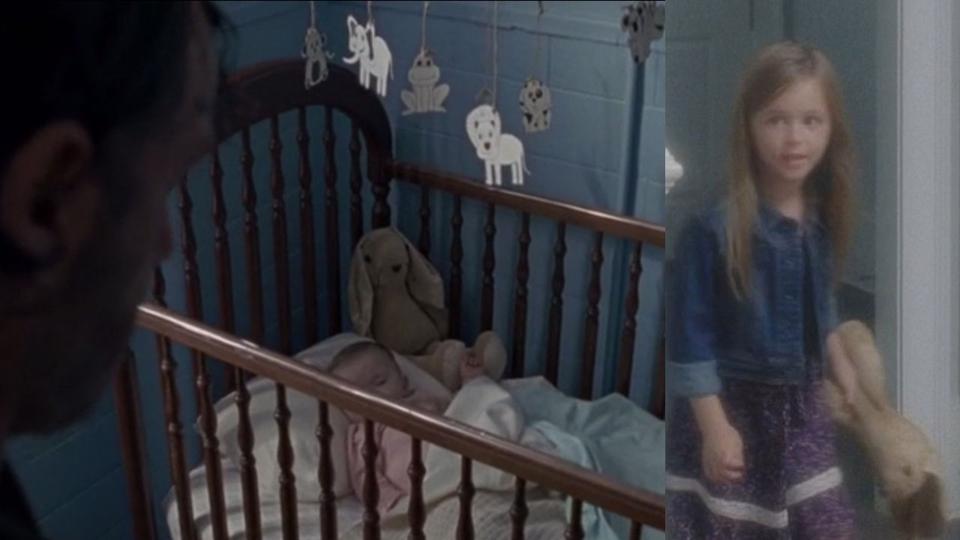 A big hole in this theory is the fact that when Rick is carrying Gracie out of the Savior’s compound, he does not have the stuffed rabbit. So, either they will be going back to get it at some point or this was just an oversight by The Walking Dead prop department.

Hope for the Future Theory This one has been circulating around The Walking Dead fandom for years and it suggests that any baby born after the apocalypse is not infected, meaning that if they die they would not turn. We really haven’t been given any way to prove this theory as Judith is still alive on the show, but the introduction of Gracie could be setting up a heartbreaking way to prove it.

The fact that Aaron is heading to the Hilltop with baby Gracie where Jesus just bought a bunch of Savior prisoners most likely means that the chance of something going awry there is imminent. If Gracie were to somehow be killed it would be devastating for anyone to have to put her down again so perhaps while they stew over what to do they will realize that Gracie is not turning, hence confirming that there is hope for the future. This theory is a little out there, but it’s a fun one to think about out. The theory goes that Baby Gracie is actually Negan’s daughter. He does have multiple wives and assuming that he can father a child it is totally plausible that after all this time one of his wives did get pregnant. It would also make sense that if she was Negan’s he would want to keep her safe at another outpost and not at the Sanctuary where Rick would most likely attack. So, if Gracie is Negan’s then it’s safe to say that Rick has some good leverage. However, I think we are all most positive that the man Rick impaled before discovering Gracie was actually her father.

Do you have a theory about Baby Gracie? Sound off in the comments!

The Walking Dead: in Memoriam of a Very Special Character

Robert Kirkman on the Possibility of Shiva as a Radioactive Zombie

Negan’s Back in This New ‘Walking Dead’ Sneak Peek